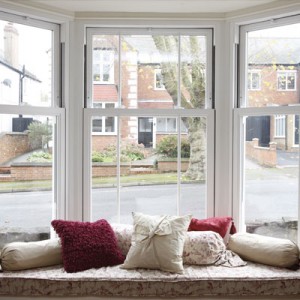 Cast your mind back to the 1980s for a second! It was a time when leg warmers were all the rage, Michael Jackson ‘thrilled’ us by moonwalking through the charts, but perhaps most importantly: uPVC windows dominated the British home – that’s right!

During this period, uPVC windows had overtaken their wooden counterpart in the UK by a substantial degree. In the mid-1980s uPVC accounted for 75% of the 12 million windows sold each year to British homeowners – a national uPVC invasion! Odds are however, your home is one of the many still sporting the uPVC windows of the past – we want to do something about that!

Here are just some of the ways a 21st century uPVC window fitted by us beats the 1980s version every time:

1. Spoilt for choice – Variety of colours and finishes

The most common observation made about any uPVC window fitted during the 1980s is undoubtedly their colour, with white frames acting as commonplace on British streets.

In the past people were willing to endure lack of colour with their windows, understandably opting for better performance over aesthetics. Now though, Win-Dor supplies modern uPVC windows that are available in a whole range of colours whilst still retaining all of the functional developments now expected in a modern uPVC window such as low maintenance and efficient insulation.

2. Save on those heating bills– Energy efficient glass and frames

Believe it or not, it’s not only windows’ looks that have progressed in the last 30 years but insulation qualities also!

Modern uPVC window frames now contain more chambers inside, enabling them to trap more air and prevent any substantial heat loss. If that wasn’t enough, Win-Dor also makes use of new warm edge spacer bars between panes, helping to reduce heat loss around the perimeter of a double glazed window, this replaces the less-practical aluminium bars typically used in the 1980s.

Still need convincing? We also provide our windows with energy efficient glazing options via a specially designed coating, further increasing the performance of the window’s heat retention. Ultimately, 1980s uPVC can’t take the heat, so why should it stay in the kitchen?

3. Lock it in!– Window security from the ground up

Whereas uPVC windows fitted during the 1980s traditionally had their locking systems introduced after the original installation, modern day windows have it incorporated into their initial design. This not only improves the security possibilities of your window, but also ensures that it’s ready from day one, making sure you always feel safe and protected. 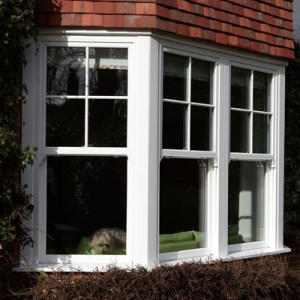 Windows fitted during the 1980s are easily identifiable today, often found to be greying or slowly moving towards a yellow tinge. Any uPVC coloured frame fitted by Win-Dor benefits from modern developments in extrusion techniques, meaning they remain as bold and as bright as the day they were installed.

For the longest period uPVC windows could not even compete with timber in terms of longevity. Recent developments by uPVC companies however mean windows now maintain their colour and aesthetic appeal, making use of UV stabilised frames to ensure reduced discolouration.

Developments in how uPVC windows are manufactured have also increased tenfold since the days of Marty travelling ‘Back to the Future’. The uPVC extrusion process has improved greatly, ensuring that modern windows are all in all a longer lasting product.

Thanks to these developments, cracking and discolouration is a thing of (you’ve guessed it) the past! Modern uPVC windows stay looking new and shiny well into future years.

Win-Dor can ensure that your home remains stuck in the past no longer, providing reliable and modern uPVC windows that will stand the test of time. Why not get a free quote for a uPVC window? We offer a whole range of window styles including coloured, double-glazed, energy efficient and sash. Let us know how we can transport your home into the 21st century today!

design your own windows & doors online

up to 25 year guarantee

Established in 1978, Win-Dor is a leading window, door and conservatory company, with nearly 30 years' improving homes in the Heart of England.

With double glazing showrooms in Milton Keynes, we're in the perfect place to help you create your dream home.

No matter where you live in Oxfordshire, Northamptonshire, Buckinghamshire or Bedfordshire, get in touch today for free home improvement advice or quotation!